Last week I was invited by my friends Kim Pollishuke and Jenn Casa-Todd to play a collaborative, live, on-line game of Digital Breakout EDU via Google Hangouts.
The timing could not have been better for me, as a few days later, I was due to travel to Irvine, California with the EdTechTeam to facilitate, among other sessions, a session on Digital BreakoutEDU. But I had very little experience with it, so I was delighted for the opportunity to test it out with friends, Sandra Chow, Larissa Aradj, Scott Monahan, Jen Giffen, and Les McBeth, and others. Kim and Jenn were beta-testing the game for a large, online game planned for TeachOntario, Feb. 23.
For those of you who are new to the concept of breakout games, they are essentially games that are devised with a series of problems that need to be solved in order to “break out” of room, or a box, or, in the case of Digital Breakout EDU, a Google form. Last year James Sanders and Mark Hammons spearheaded the Breakout EDU movement in education, which, due to its tremendous popularity amongst educators, evolved into a fully fledged separate entity, Breakout EDU, with a huge Facebook group and new games appearing every day.
Some time later, Mari Venturino and Justin Birckbichler came up with a digitalized version of Breakout EDU, using Google Sites, locked Google forms, and many other tools to create games with. You can check out all the games here.
The digitalized game that Kim and Jenn created was a lot of fun and gave me many ideas for my GAFESummit presentation. Since I am Canadian and the summit was in the United States, I decided to base the game on facts about Canada. I also decided to make it a team game by placing teachers into groups and challenging them to see who would break out the fastest. A few days before the conference, I tested it out with my students. I split my class into 5 teams, and each student had a Chromebook to work on to try to solve the puzzles. 5 minutes into the game, I knew that it was going to be a tremendous success as my students were immediately engaged, working collaboratively, and having tons of fun. 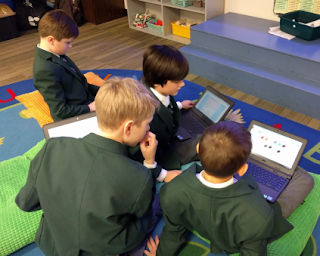 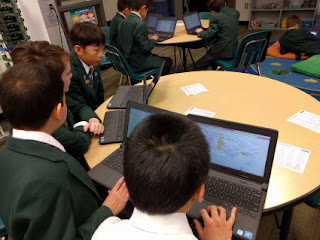 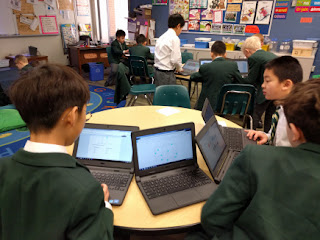 I love the physical version of the game, but several factors of the digitalized version make it stand out as a very appealing alternative.
At my session in Irvine, 70 teachers played the game. I divided them into 6 groups. Some groups stayed in the room and some groups left to find a quiet place to solve the game. 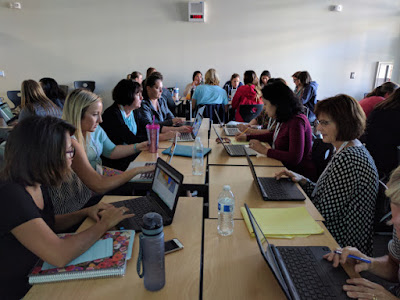 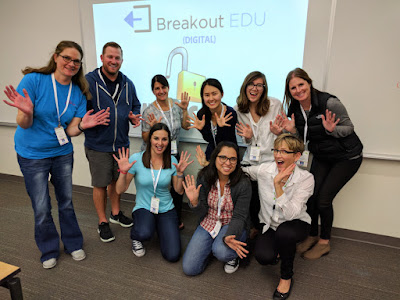 The energy in the room was high, and I can honestly say that it was the most fun I have ever had in a training session for teachers. Click below for the games!
NOTE: Each team has a separate game because there is a shared, editable Google doc as one of the clues to solve. Each team needs to work collaboratively on the document, but separately from the other teams. 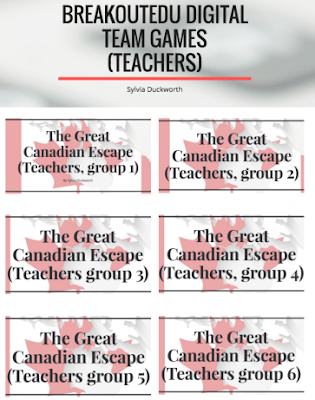 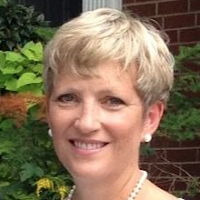 Experience BreakoutEdu and other innovative practices at an EdTechTeam Summit near you!

Check out Sylvia’s book, Sketchnotes for Educators and be inspired!