Let me start this off by stating that my goal in creating Smashboard was to prove a point. As a huge fan of app smashing I attempted to incorporate it in my class at the beginning of the year, and things went, well, not as planned. If unfamiliar with app smashing, it is the concept of combining two unrelated apps to create a unique final product. A simple example would be combining the writing elements of Google Docs with pictures created with Google Drawing. When the teacher thinks ahead of several example products that can be created using these two particular apps, the results can be effective. The problem was, my colleagues and I attempted to app smash two very unrelated apps- Awwapp (virtual whiteboard) and Google Sheets and connect it to science content that the students were already having a hard time grasping. So did the attempt at app smashing fail? Sort of.

After that first dud, I became more determined than ever to create a system that students could follow that would help them keep their key concepts and project objectives at front of mind, as well as provide an opportunity for the students to explore new applications and collaboratively plan how they could incorporate them into their project. It would take several more small-scale “failures” before a true kid-tested, teacher approved prototype was up and running. After our first fail at app smashing, the temptation was to go back to the traditional non-inquiry based project based learning approach- find a model, make a rubric, set a deadline, make them do it, score the results. My only response was, what about pushing our kids’ imagination and creativity? What if we could ignite a curiosity within our students to make them want to create things that are bigger than our imaginations? In education we keep talking about motivating a generation of learners that push past the factory-worker mentality of automation, and even past the modern practice of excellent replication, and into a world unknown, called the future. I mean, if a kid can follow a step-by-step guide to recreate something that has already been done before, I know that she or he will be awesome at assembling Ikea furniture in the future, but besides that, I’m not impressed. I don’t just want my students to simply catch up to my skill level. I want them to surpass me! I am impressed when they show me something I didn’t even know was possible. I’m impressed when they have added an element that makes me ask, “how did you do that?’ I am impressed when they come up with an idea that seems absolutely ludicrous, but when they match their idea with a planned course of action, then I jump in consumer mode. Break out the popcorn and watch the show.

When taking this approach, the end result may be tragic. Our students may fail, big time! But the question at the end of the day will still be, what did they learn? One student may have learned that their time management was poor that they played with the features of an application far too long and forgot to prioritize the objectives of the project they were creating. Another student may discover that they should have collaborated with others better, instead of working independently, they should have found a classmate that could complement their weaknesses. Even still, many students may have simply discovered that their goals were over-ambitious, and that they should be scaled down to something more reasonable in the future. None of these examples are true failures in my mind. They are a part of the process of growing as learners.

As a facilitator of this experience, the questions I am asking are- Were they engaged? Did they try hard? Do they take ownership for their mistakes? Most importantly, will I give them an opportunity to try again? If the goal of your project-based learning is to have the students create a product with no opportunity to improve upon it, then why not just purchase a bunch of paint by-number kits and Ikea furniture or download of an easy to follow instruction-guide from Pinterest and call it a day? No offense to Pinterest, I get some cool ideas from there as well! I don’t want my students to simply learn how to follow instructions. I want them to make instructions for the next product that they build. If they follow the instructions of someone else to make something cool, my next step is to push them to modify it and make it better. As a technology teacher, I don’t just want to teach my kids how to code in order to keep up with the competitive markets of India and China. I’m looking for the next Steve Jobs or Sergey Brin. I want my students to look beyond what’s currently thought of as possible. That’s why I teach my students with a simple framework called, Smashboard. I teach them the design-process and to incorporate the critical content to display their mastery of learning. Then I expect them to teach me what’s possible.

In my next post I will go into depth about exactly what is a Smashboard. You can get a preview of it now by going here- bit.ly/smashboard. Don’t be afraid to dive right in without instructions, you just might create something new! 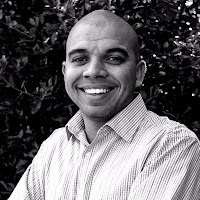