The Preserve Our Language Project

It was during the 2015-2016 that a few of us embarked on an amazing project.  We titled our project the “Preserve Our Language Project” as the whole reason for it was to demonstrate the value of preserving the Ojibway language.

Our team consisted of the following members (and their role during the 2015-2016 school year): 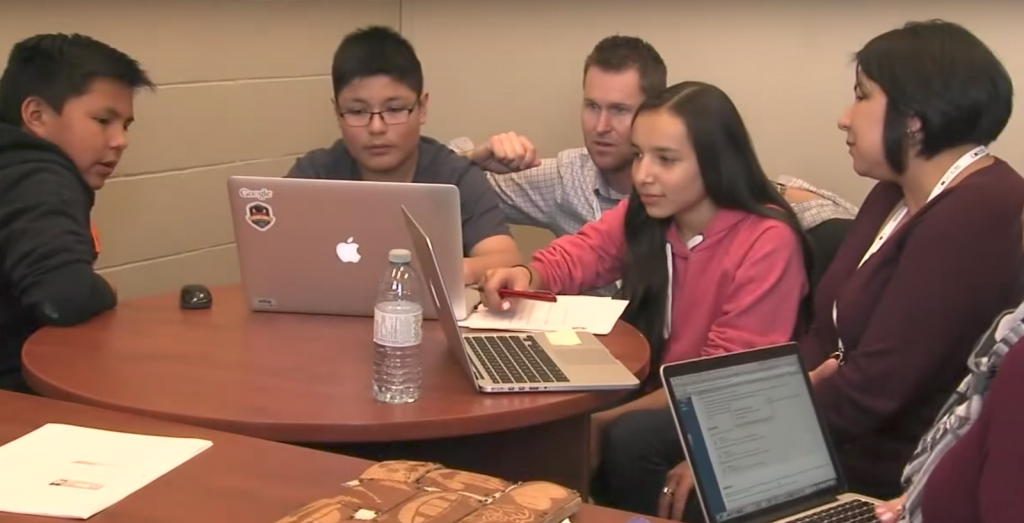 During that school year, we created a website with some Ojibway activities and a keyboard layout to allow users to type in syllabics on a Mac computer running OSX.

At the completion of that project, Mike Filipetti also applied to the Google for Education Innovator Program with the idea of creating a similar keyboard that would work with Google Input Tools. The project was accepted and Mr. Filipetti attended the academy in Boulder, Colorado where he received his certification and began the project.

During the 2016-2017 school year, the group began the second phase of the project: designing the keyboard for Google Input Tools.  There was a bit of difficulty as Mr. Filipetti and Tarci had both moved to St. Ignatius High School that year, while Rayne, Gene and Mrs. Esquega were at Bishop E. Q. Jennings.  But with some planning, they were able to complete the keyboard and submit it to Google by the end of the school year. 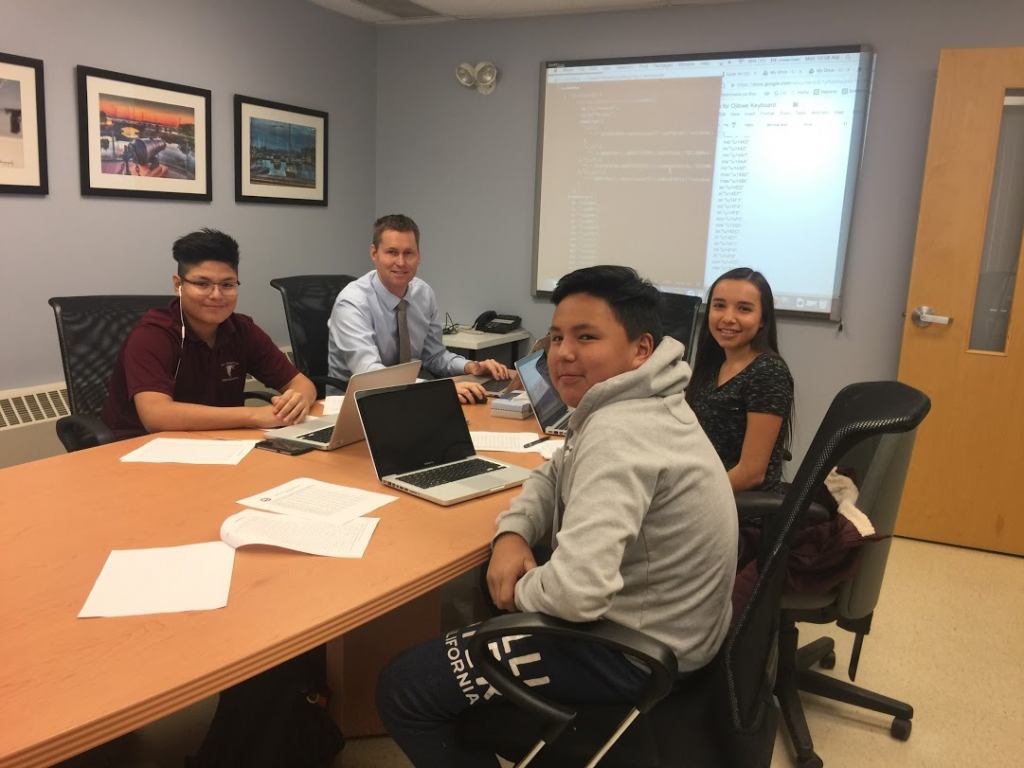 It is now 2017-2018.  Tarci is in grade ten, and Rayne and Gene are in grade nine at St. Ignatius High School. To date, the group has presented their keyboard at two EdTechTeam Summits.  A student summit in Schreiber, Ontario and most recently at a custom summit in Maskwacis, Alberta.

The keyboard that was created for Google Input Tools is scheduled to be released at the end of November.

Meegwetch!  ᒬᒃᐌᒡ   Special Thanks go out to the following people for their support and encouragement along the way!